Emmet has been widely hailed as ‘ Ireland’s Most Exciting Young Tenor’ , having performed in over 80 cities throughout North America and Australia

In 2018, Emmet made his sold out debut at New York’s Carnegie Hall and His Irish album was signed and released with Sony Music USA , Debuting at #1 on the Billboard World Music Charts.

He has opened the New York St.Patricks Day Parade and been invited to sing at St.Patricks Cathedral in New York.

Named ‘Irish Tenor Of The Year ‘ by the Irish American Music Association. 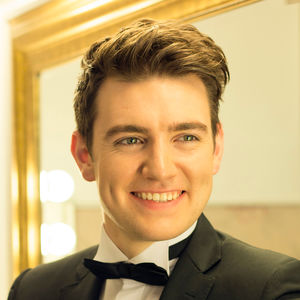