Dom started playing trumpet in middle school and shortly after taught himself how to play guitar playing along side Dammit by Blink 182. From there his interest grew into a passion.

Dom wrote music and played in local bands before joining the Marine Corps in 2007, where he continued to use music as an outlet for a his experiences.

In 2010 Dom was wounded by an Improvised explosive device in Sangin, Afghanistan resulting in the loss of his right arm above the elbow, and both legs above the knees.

Music played a big part in Dom’s recovery and was even being played throughout his surgeries at the request of his Mother.

Dom purchased his first kit in 2011 after being released to outpatient care, he quickly got to work sketching out different ways to adapt a kick pedal.

The first kick pedal idea was brought to life by Steve Holub and his incredible team at Hand on Concepts, and adapted drum sticks thanks to the amazing team at Peter Harsch Prosthetics’s, he began teaching himself how to play by watching YouTube videos of his favorites.

At the same time taught himself enough piano to help create melodies and began the process of writing songs again.

In 2011 Dom met Roger Waters of Pink Floyd at the Museum of Natural History, and had some conversation about how he use to play guitar but was now a drummer.

It was that conversation with Roger that would lead to two opportunities preforming alongside Roger and other wounded warfighters and professional musicians such as G.E. Smith (Hall and Oats) Billy Corgan (Smashing Pumpkins) and Tom Morello (Rage Against the Machine) at The Theater at Madison Square Garden for ”Stand up for Heroes”, and again in 2015 at D.A.R. Constitution Hall for ”Music Heals”

Dom has now been playing for The Resilient since 2018 a band formed from those friendships forged playing together those two times with Roger. 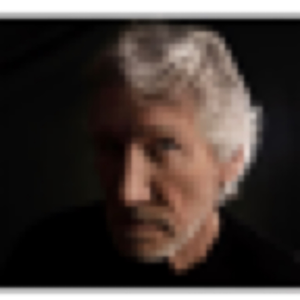 Pink Floyd's Roger Waters Gets Political With the Chronicle austinchronicle.com/music/2020-03-20/pink-floyds-roger-waters-gets-political-with-the-chronicle
The Resilient